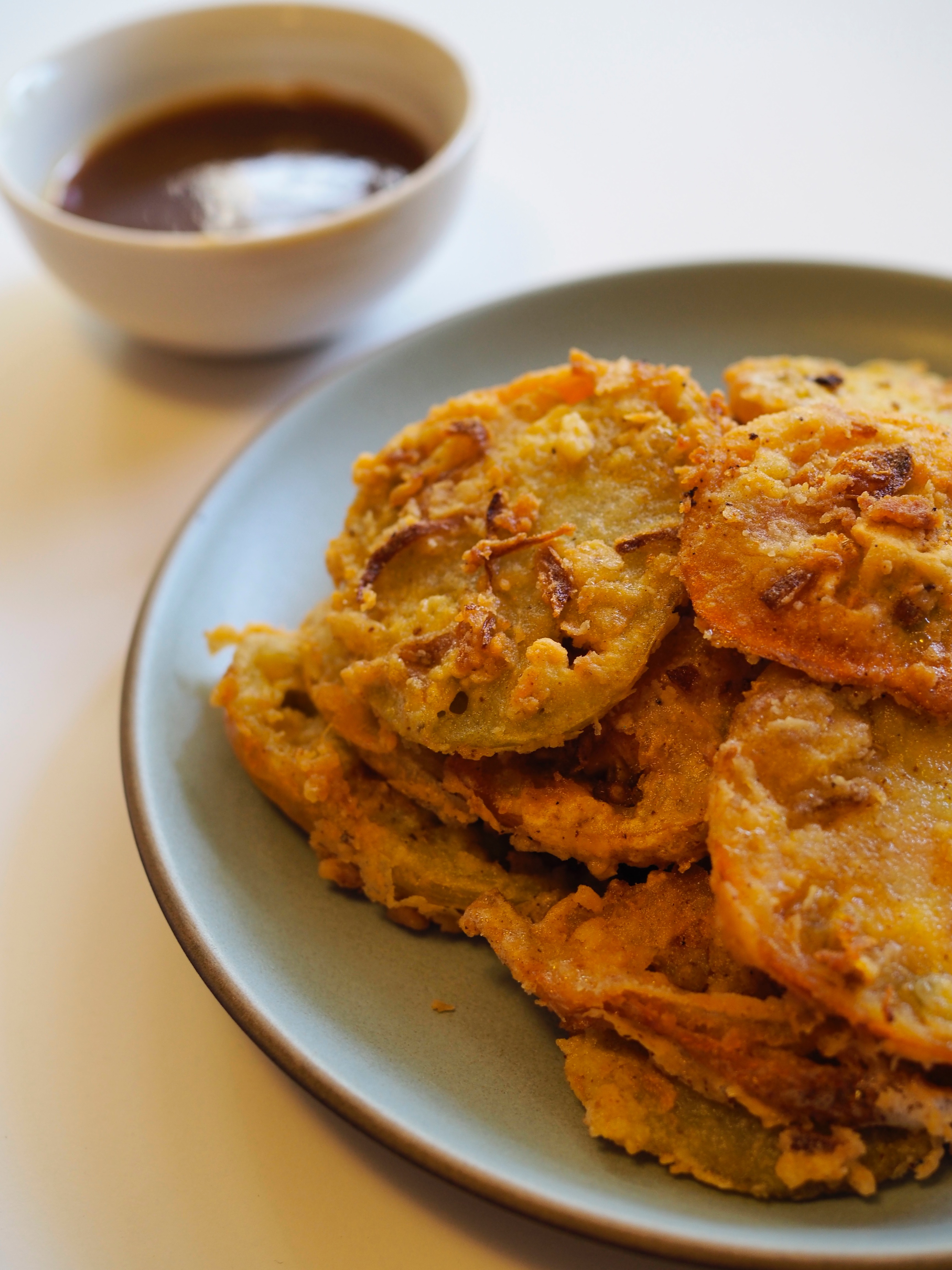 Ask me what I’ve been doing lately and it only really consists of three things: cooking, catching up on Below Deck, and eating. Even though the weather is gloomy, rainy, and damp up here in the Bay, I’ve been craving backyard BBQ-worthy food like burgers, grilled steak, and fried green tomatoes. The first time I had fried green tomatoes was at Founding Farmers Restaurant and their cornmeal encrusted tomatoes and goat cheese dipping sauce is still one of the most memorable meals that I’ve had. Green tomatoes are essentially unripe tomatoes, nothing more to it. This fried green tomato recipe is simple and makes use of ingredients that are (most likely) already in your pantry.

1. In one bowl, beat the eggs together and add some salt and black pepper. In another bowl, combine all of the dry ingredients together. In a cast iron skillet, heat an inch of vegetable oil to 350 degrees.

3. Once the oil has reached 350 degrees and your tomatoes have been dredged and battered, drop your tomatoes in and cook on both sides until golden brown. Make sure to only drop in a few tomatoes at a time, otherwise, your oil will cool down too much.

4. Remove the tomatoes from the hot oil and plop them on a plate covered with a paper towel to cool down. Season with a little more salt and pepper and serve with barbeque sauce on the side. Enjoy!